We will continue to add content to this page as we discover new information about Agenda 21 and issues currently affecting Idahoans.  If you know of a link or document that should be included here, please contact us.  Thank you.
Agenda 21 Course - A ten-lesson course on Agenda 21, this website will help you to understand the full impact of Sustainable Development-- and how to stop it!  An invaluable tool with frequent blog updates.

SIPWO - This website has a library of information on conservation NGOs and initiatives, their agenda for large landscape conservation in Idaho, individuals who are involved, and specific activities they are implementing to achieve their goals. 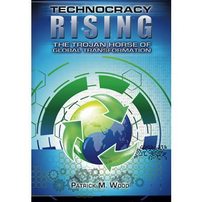 This West is Our West - Information that is relevant to Western states and our rights.

The Technocratic Tyranny - Vicky Davis researches many facets, from a global to national perspective, why America is no longer America, how our government has participated in this transformation, and where we are being led.

Connecting The Dots - An informative website with weekly interviews by Dan Happel, who is well versed on Agenda 21.  Interviews are with a variety of guests on various subjects.  His recordings can also be found here.

Canadians and Americans for Access to Public Lands (CAAPLA) - This website has information about how both Canada and America are affected by the same groups and GNLCC.  In spite of being an unlawful collection of conservation initiatives, NGOs, and government agencies, the U.S. included Canadian governments in the GNLCC without any congressional authorization.

Freedom Advocates - An excellent site that documents the history of Agenda 21 and Sustainable Development.  It also provides lots of great ideas and networking tools for those opposed to these programs.

Democrats Against Agenda 21 - This site was developed by Democrats for Democrats to bring attention to Agenda 21, which the mainstream media wrongly labels as a 'Conservative conspiracy.'  This well organized group sets out to prove that Sustainable Development is real and that it's not a Right or Left issue-- it's a freedom issue.  They have made amazing progress in the fight against Sustainable Development and are one of the great uniting forces in the movement.

We are NOT a democracy, we are a Republic.

Federalist Papers - 85 essays written by Alexander Hamilton, John Jay, and James Madison between October 1787 and May 1788, published anonymously, under the pen name "Publius," in various New York state newspapers of the time.  These essays were written to encourage adoption of the Constitution and explain the provisions of the Constitution.  The Federalist Papers are used to interpret the original intent of those who were drafting the Constitution.  These essays are well worth reading to help understand how far we have strayed from the original intent of our Constitution.

U.S. Constitution
Bill of Rights
Idaho Constitution
Founders Online - This website has the original writings of our founding fathers and others in U.S. history.